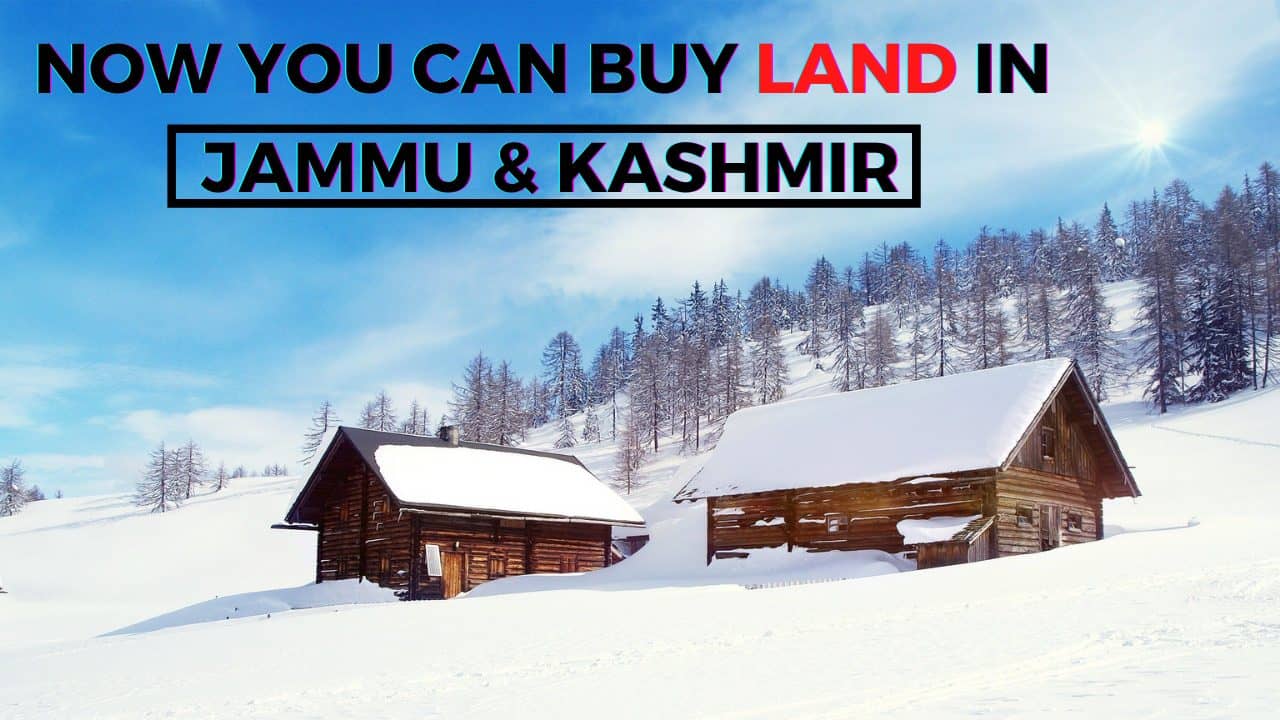 The Centre has paved a new path for Indian residents to buy land in Jammu and Kashmir. It comes more than a year after the repeal of Articles 370 and 35A of the Constitution.

Until now, only permanent residents of Jammu and Kashmir were authorized to buy property in the state. The repeal of special status could mean that non-residents will also acquire this right, accelerating the momentum in the property market. Therefore, land rates may rise in both J&K and Ladakh.

The Centre has omitted the phrase from Section 17 which says “permanent residents” as criteria of Jammu and Kashmir Development Act.

In the latest developments, the centre has edited the laws so that people from outside Jammu and Kashmir can buy land in the Union territory. With the special status of Jammu and Kashmir under Article 370 gone, the legal restriction on outsiders from property ownership no longer exists. You can buy a property in J&K provided other factors such as legality of property, budget etc are favourable.

The Home Ministry notification makes it clear that all legal barriers restricting the purchase of land by non-residents have now been removed. This includes the transfer of agricultural land for non-agricultural purposes, that is, health care and educational institutions.

Some feature of new laws in J&K

1.     The new laws eliminate the special rights of permanent residents on land in Jammu and Kashmir.

2.     People as well as investors can buy land in union territory

4.     Land can be moved in favour of a person or institution for the purpose of encouraging healthcare and higher education.

However, the political parties including PDP (Peoples Democratic party) and NC (National Conference) has opposed the move.

He tweeted, “From the unconstitutional elimination of Article 370 to facilitating the loot of our natural resources and finally keeping the land in Jammu and Kashmir for sale.

Effect of new laws in Jammu, Kashmir and Ladakh

It is an established fact that the demand for housing follows employment opportunities. It can be seen in Tier-1 cities in India.

Therefore, the government’s move may have a far-reaching impact on the property market in the region.

Applicability of RERA in the Union territory

While J&K’s real estate rules came into force in December 2018, the Central Real Estate (Regulation and Development) Rules gained its size in May 2016 and applied to the rest of the country, but they did not apply to the state for a long time.

With these new changes to the laws on land, industrial estates are also going to grow with more additional jobs and therefore more opportunities.

Types of additional charges you should consider before buying a house

Blocks or Bricks: which is better for housing